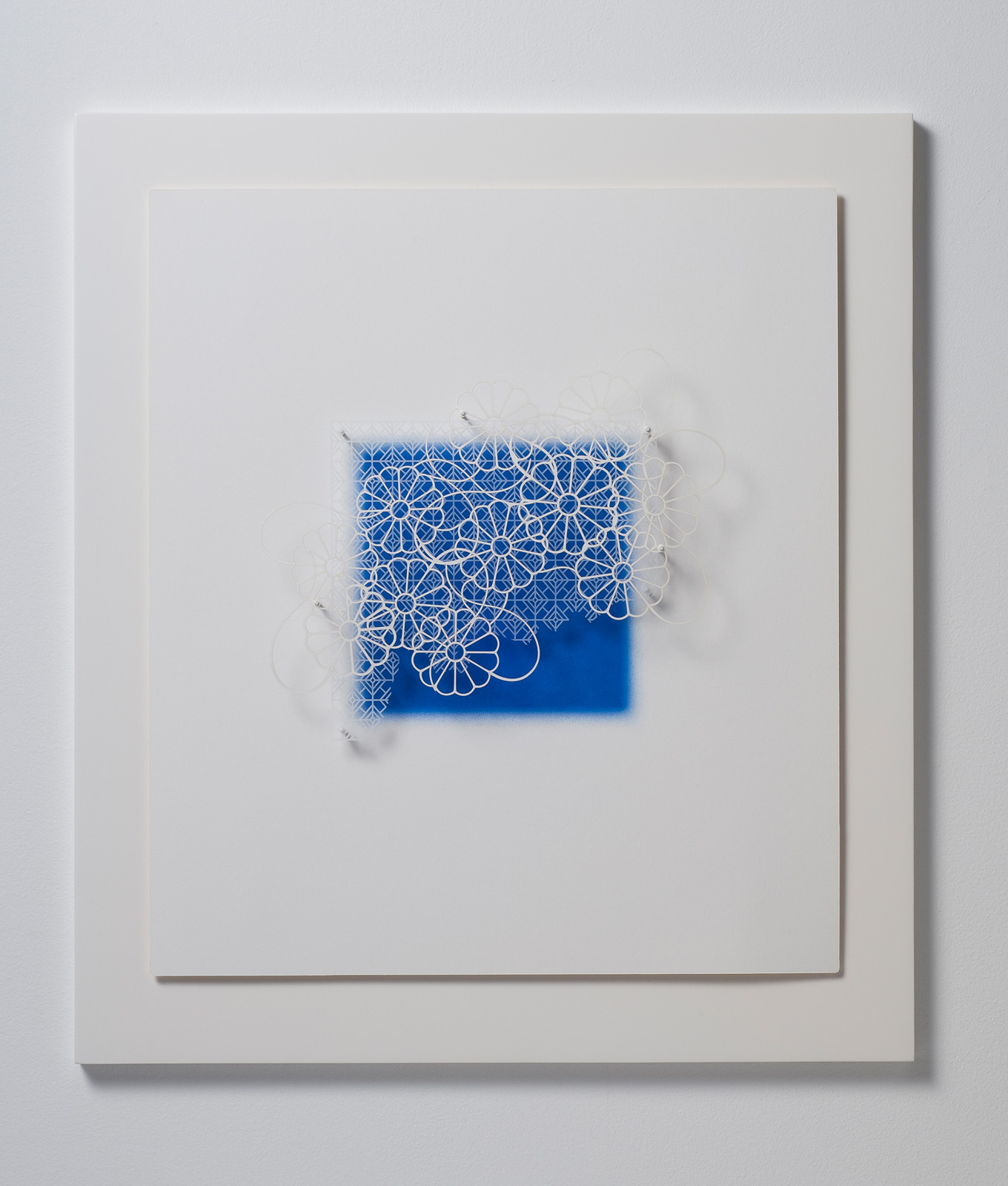 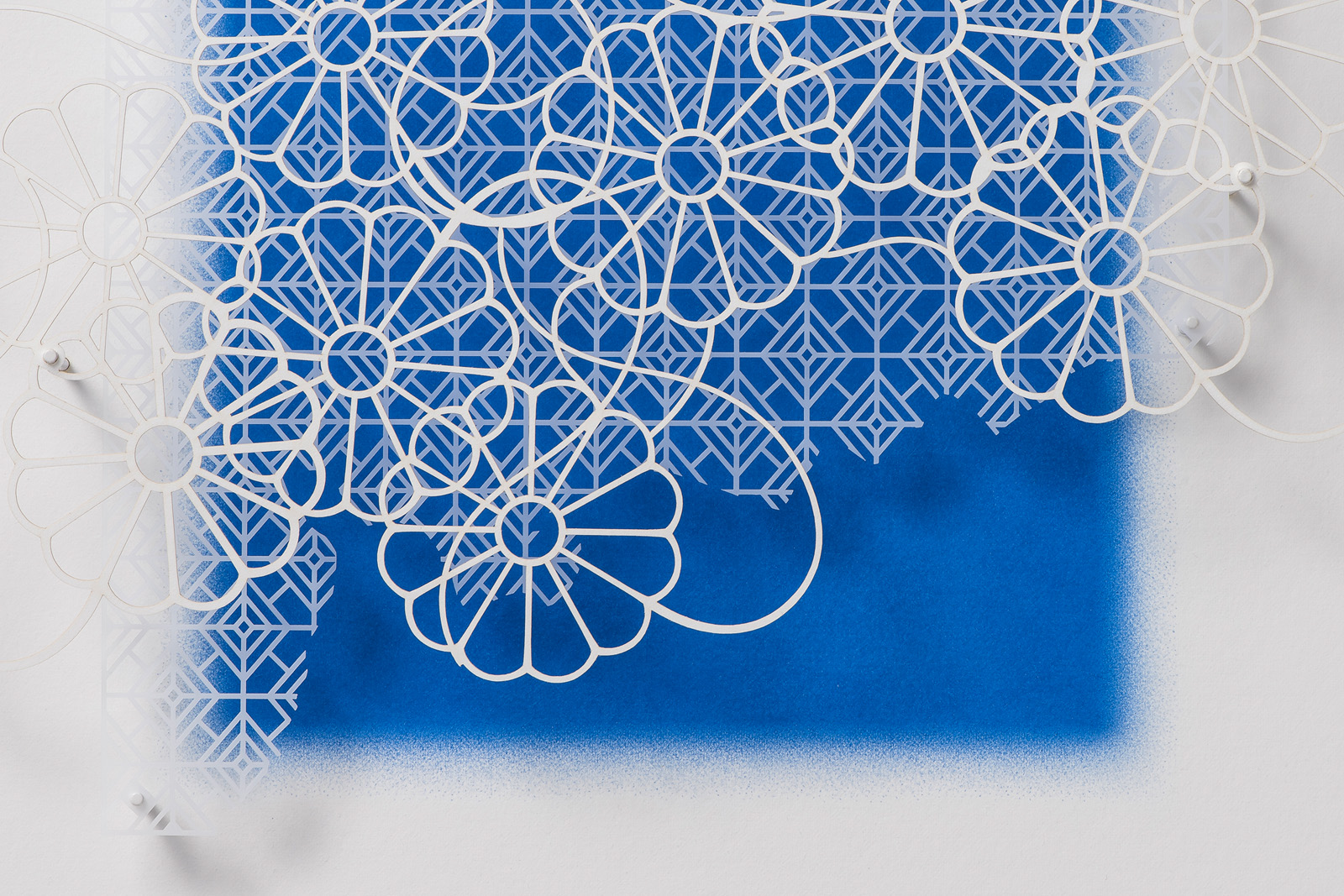 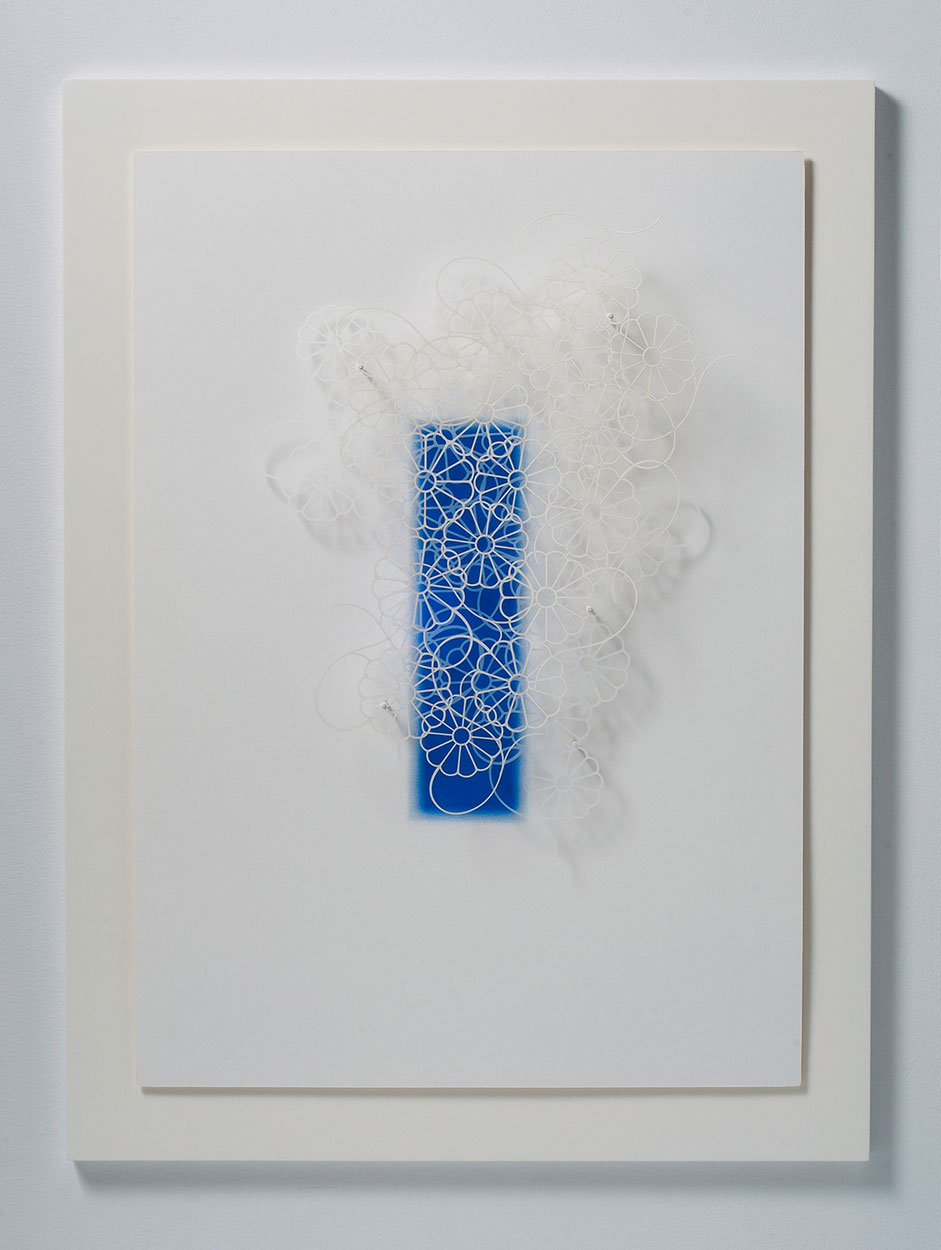 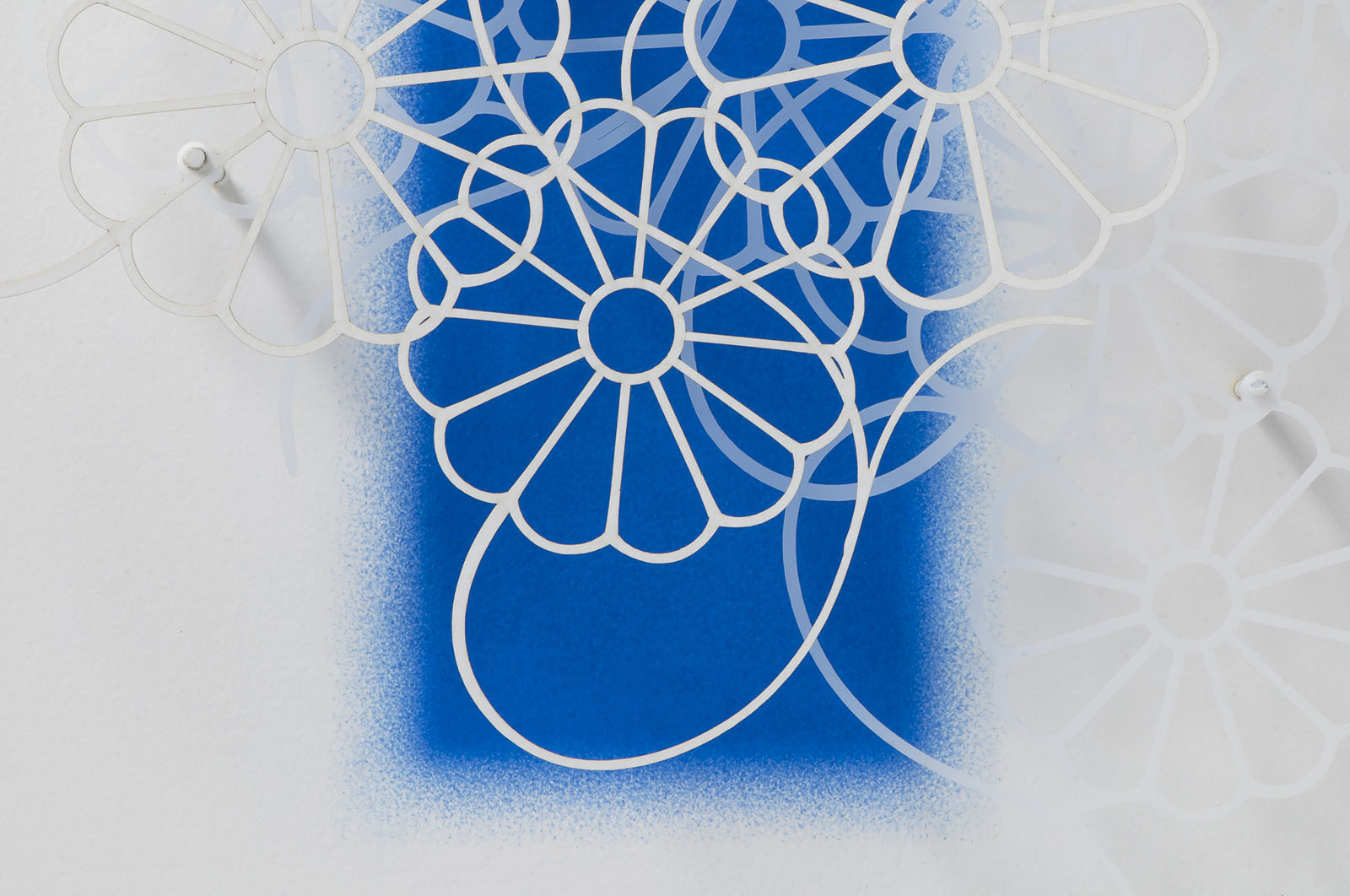 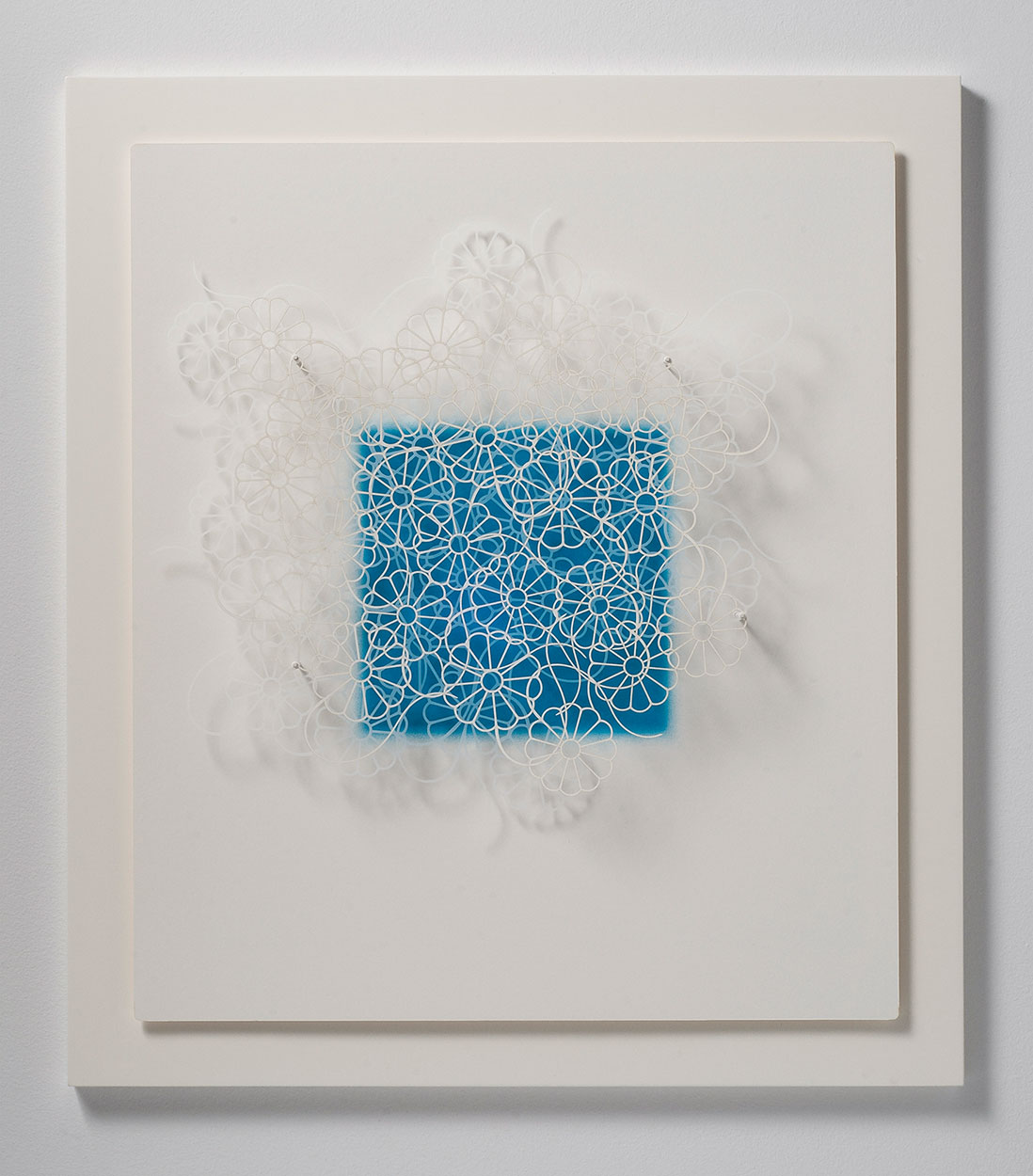 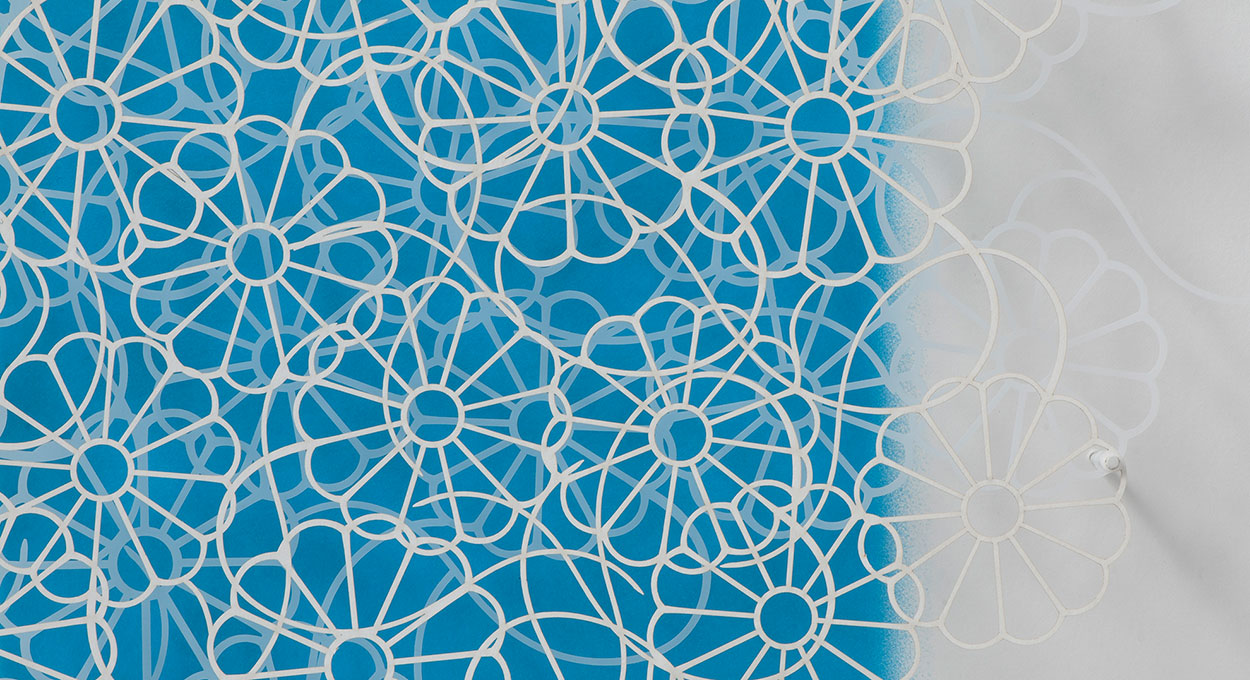 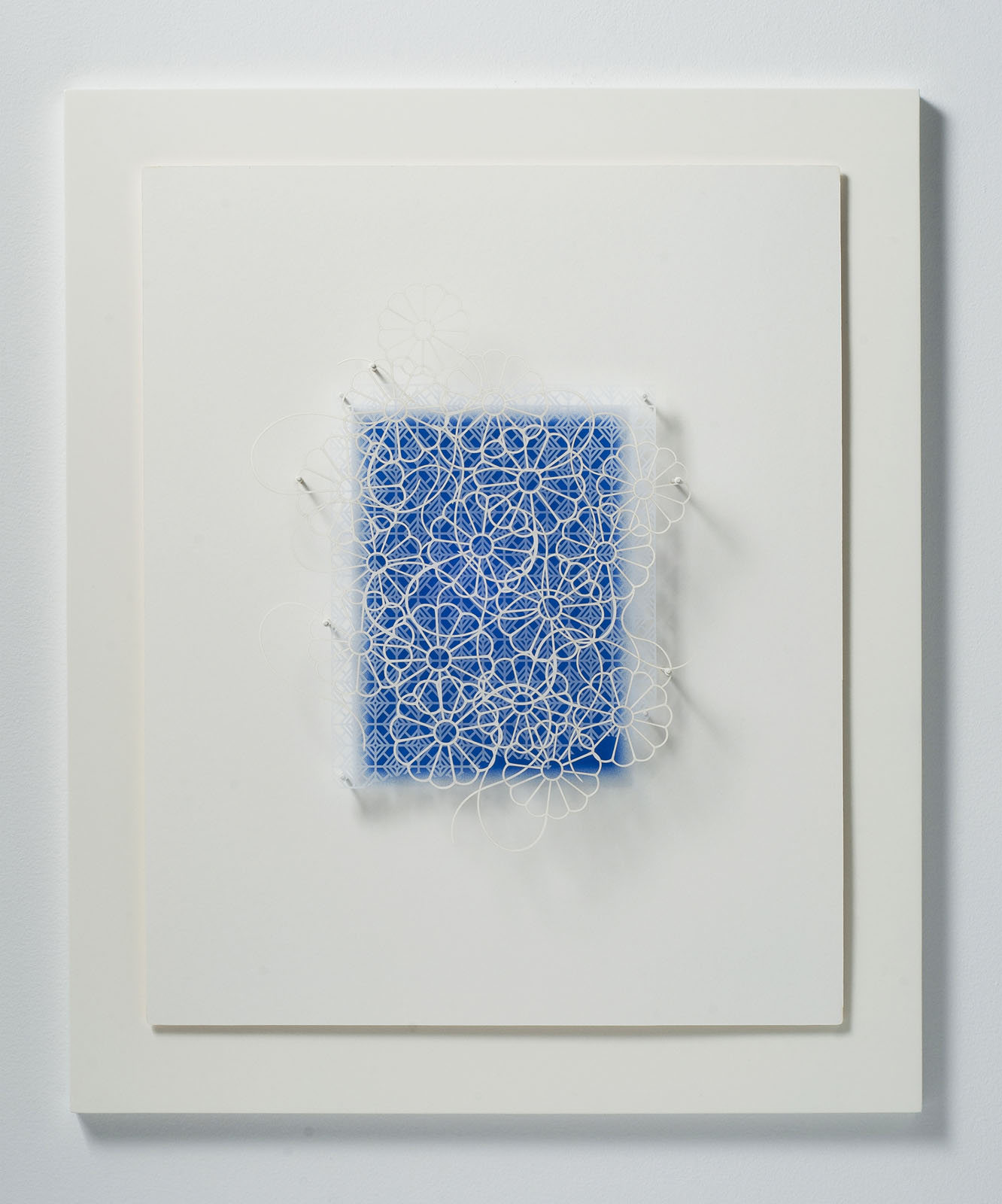 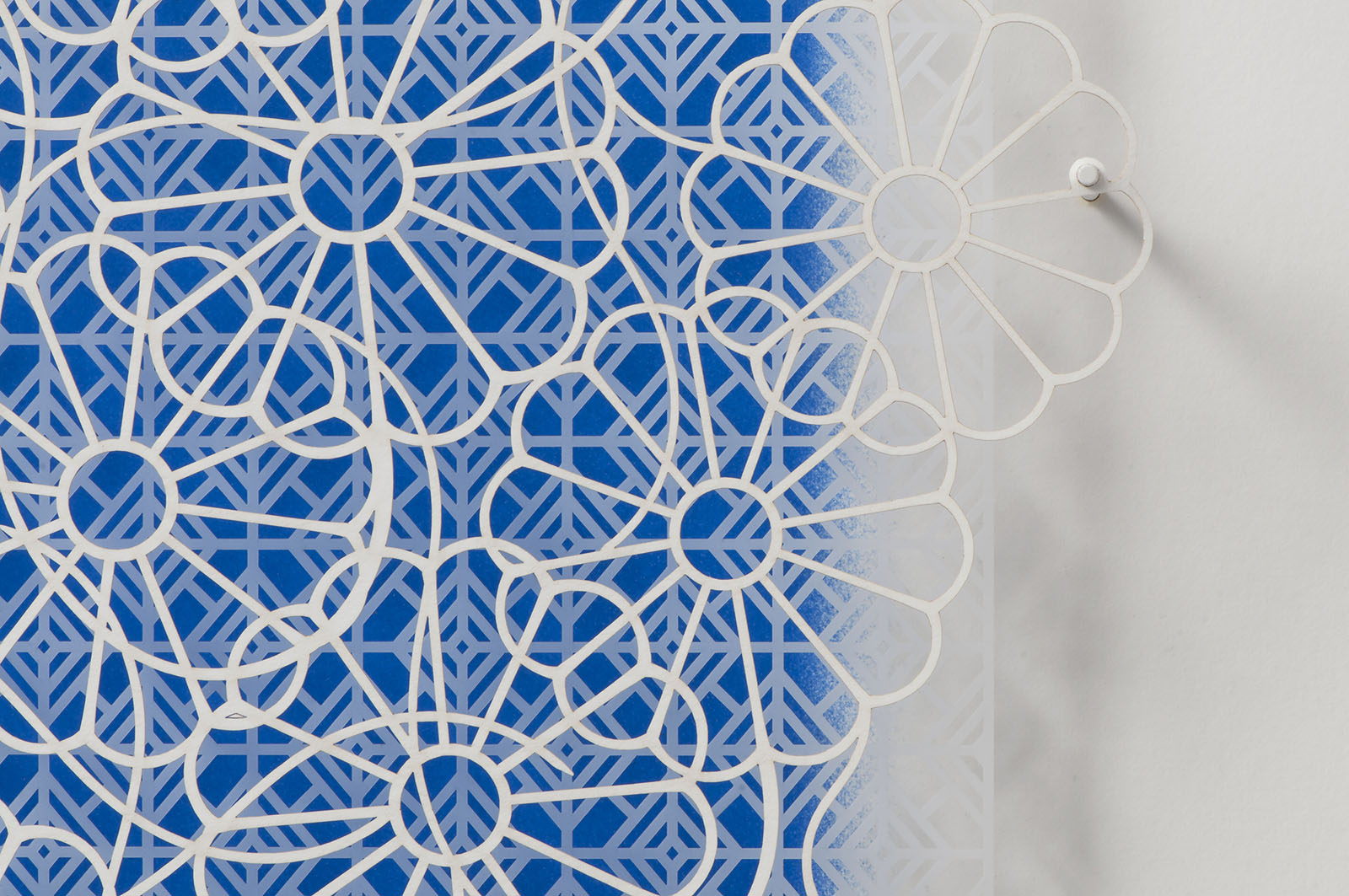 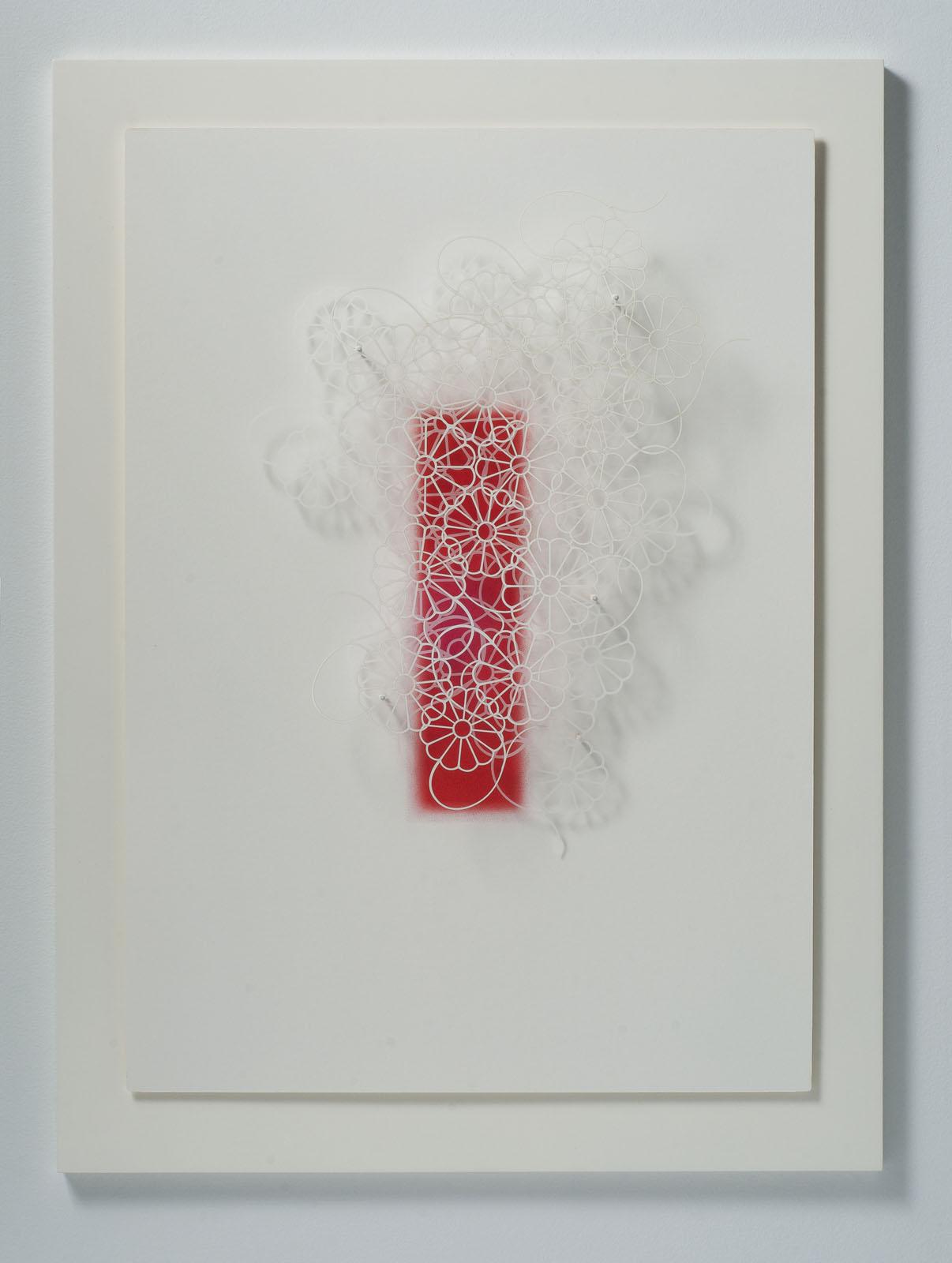 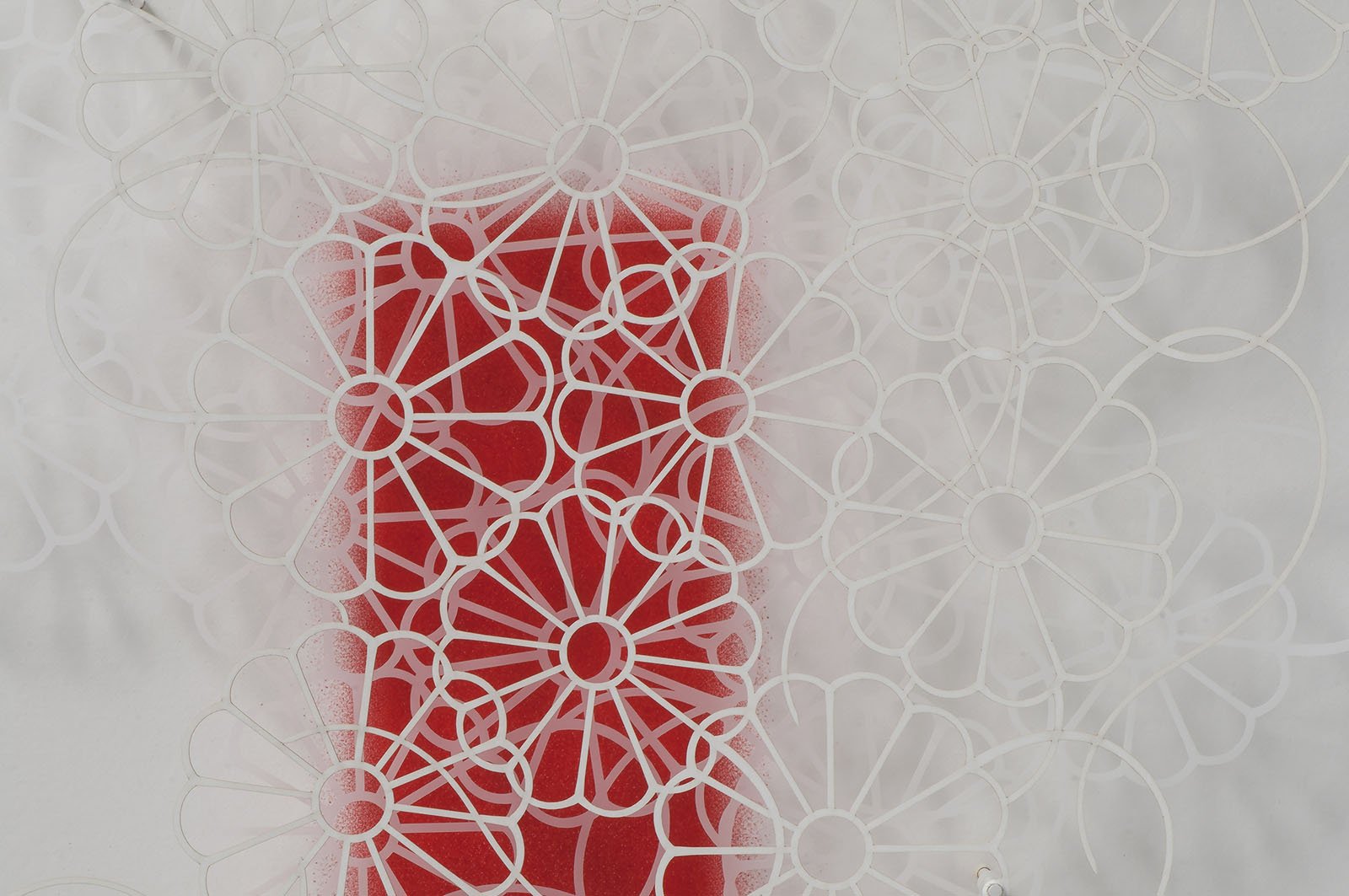 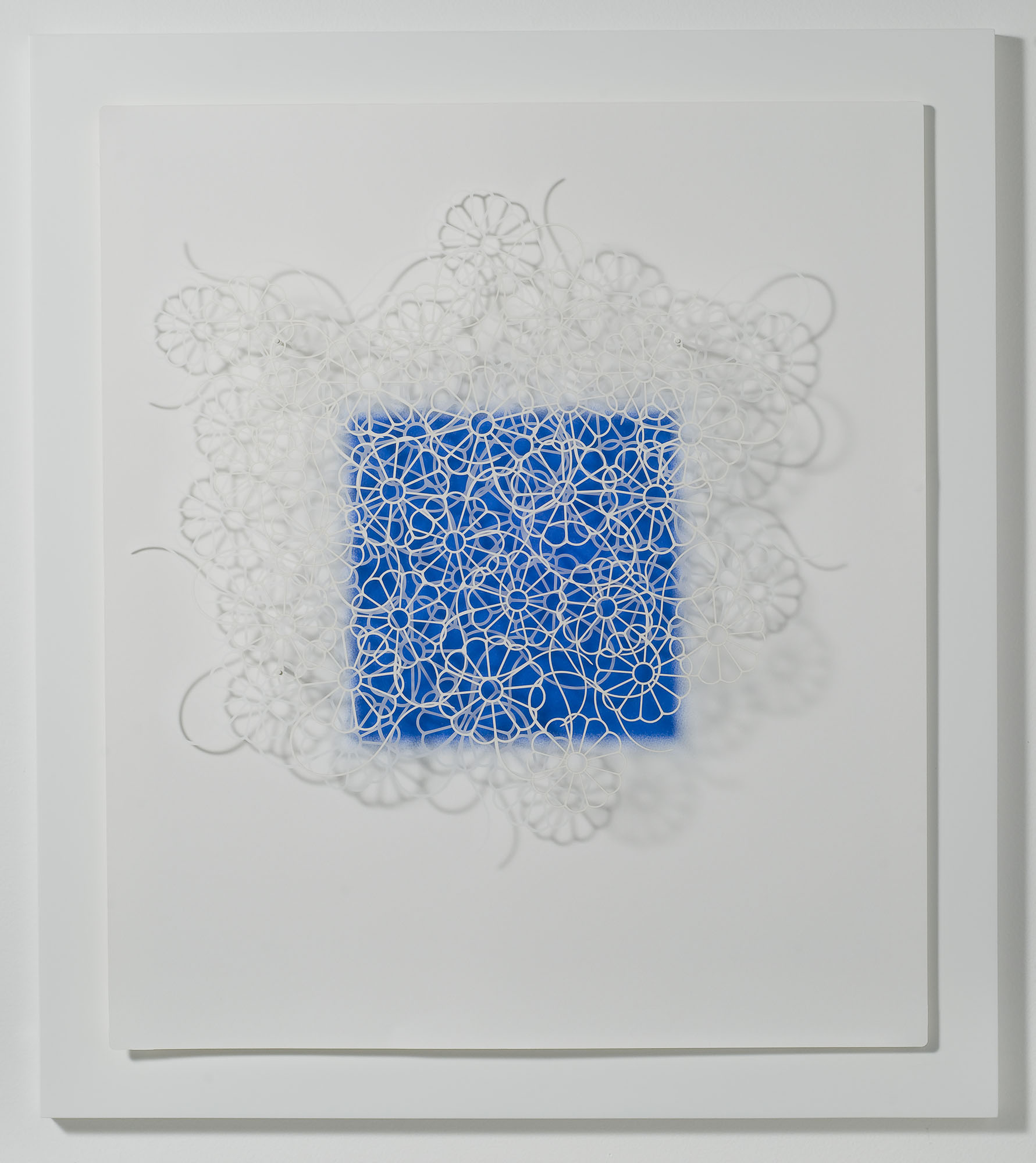 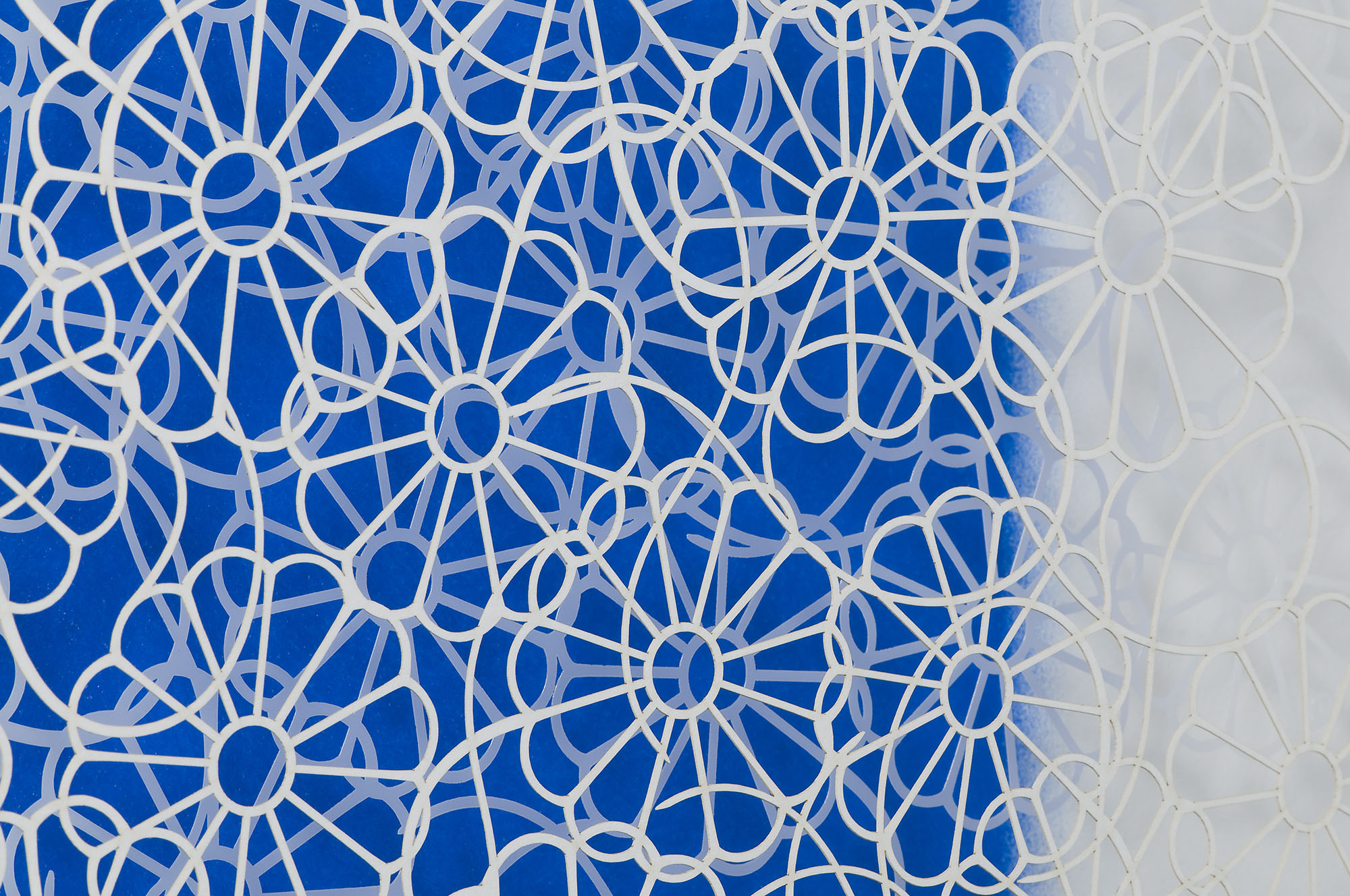 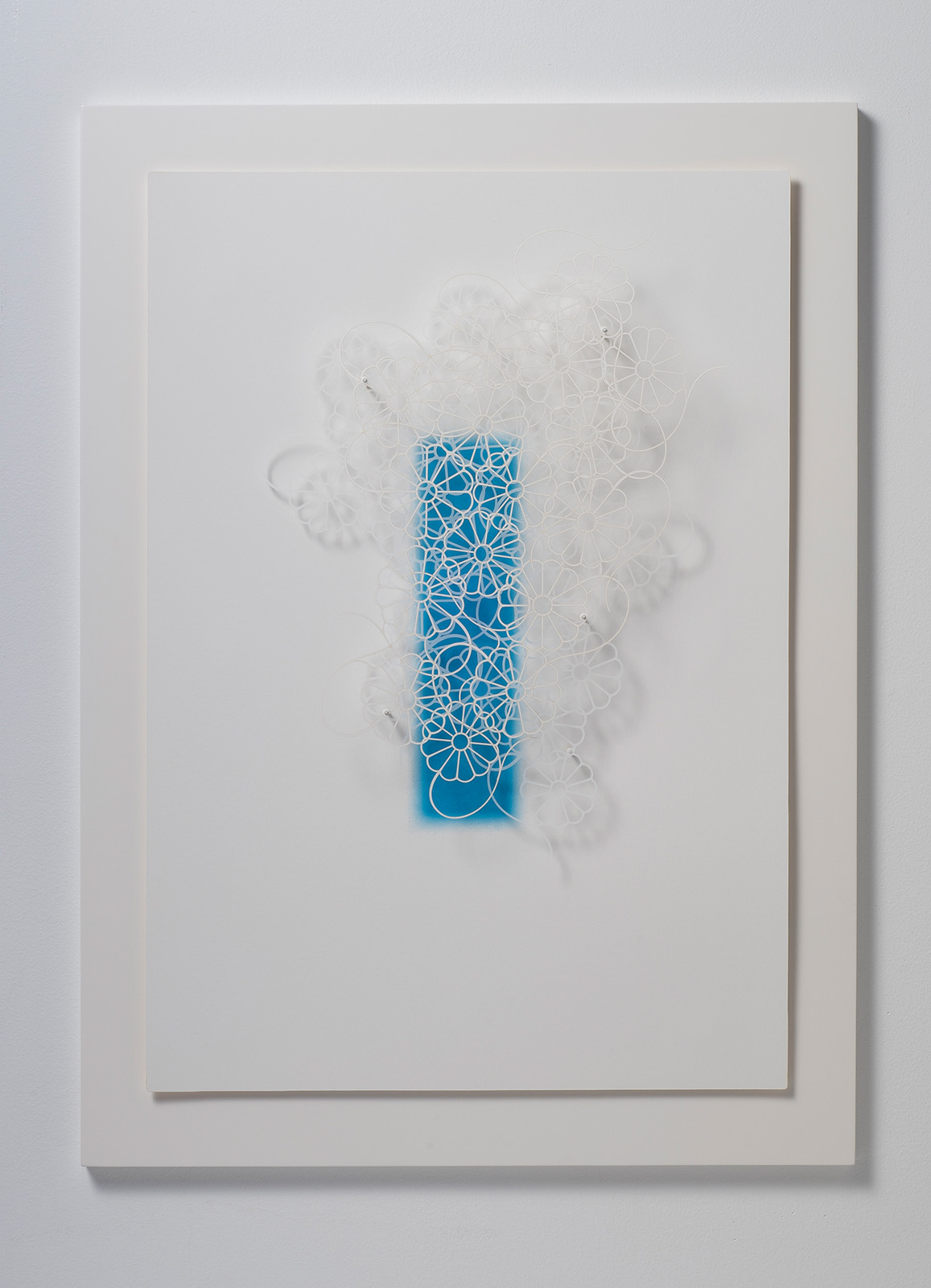 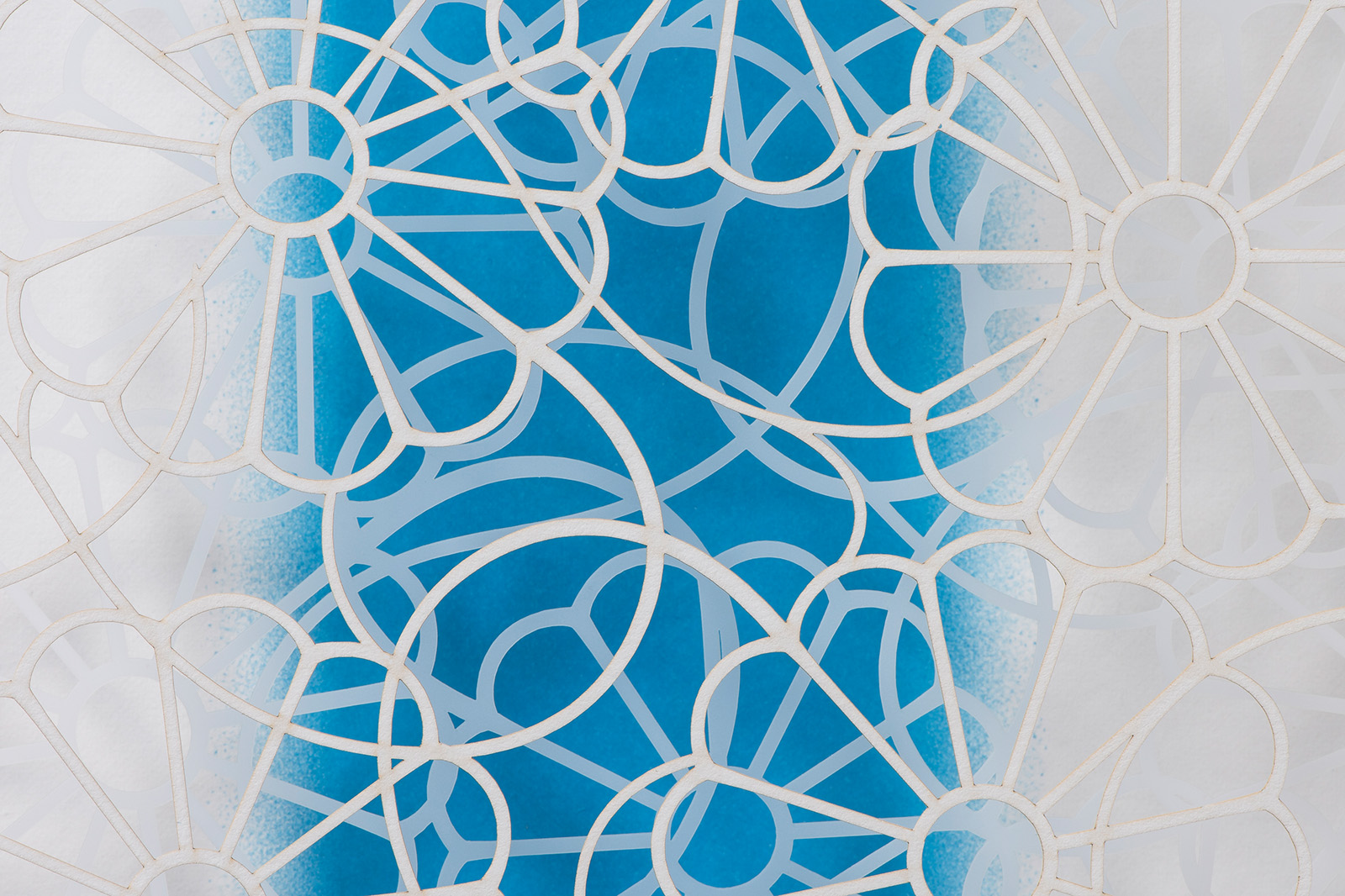 The Oracle Series incorporates pigment using colored pencils on dense paper. The layers of patterns are suspended just above this vibrant base with pins. The lacy motifs are cut into translucent mylar and opaque white paper, which catch and incorporate light as a medium. The space between these elements create a kaleidoscopic effect: the patterns transform as the viewer moves around it, and alter with the position and quality of its light source.

The Oracle Series plays with the boundaries between real and imagined. It references the Delphic Oracle in Ancient Greece: women who saw visions that they interpreted as divine messages. Each piece addresses ideas of illusion and interpretation with its shifting forms. Ever-present in her work is the concept of infinity, implicit in her repeating patterns.